You should never argue about religion, politics, and…umm… sagging pants. The 1990’s gave rise to many fashion trends, but sagging pants has stood as one of the most controversial. People have argued over the historical roots, the psychology behind people showing their behind (slight word-play pun intended), and there have even been instances of people pushing to ban sagging pants altogether. “Which movie was better: Friday or Boyz n the Hood?”, “Who had a bigger impact: Biggie or 2pac?”, “Did O.J. really do it?”, and “Why did many people in urban areas begin sagging their pants?” are all topics that universal scholars and barbershop clients could endlessly debate.

One popular narrative regarding the rise of sagging pants in the 90’s is that prison fashion trickled over to everyday fashion worn in the street(s).This argument has grounds because between the years 1990-2000, U.S. prison rates grew from roughly 800,000 to 1,400,000. Prison populations aren’t allowed to wear belts and are often provided with oversized clothes. Many believe that such prison clothing distribution practices led to a normalization of sagging pants; one that ex-prisoners did not abandon upon being released back into their personal communities. Furthermore, about a decade before the 90’s, various influential sources, such as the Washington Post, began publishing articles declaring that “Prison Has Become ‘Rite of Passage’”. If such a theory is true, then it may strengthen the arguments of those who believe that sagging pants originated in prison; if prison is a rite of passage (for at least some groups or individuals), then quite naturally various people would lean towards dressing as if they’ve been imprisoned.

There’s also a separate prison origin-based belief, that accredits the initial act of prisoners sagging their pants to sexuality, rather than a sheer lack of belts and better clothing. A commonly perpetuated idea has been that prisoners began showing their behind in order to advertise sexual availability. It has also been said that certain prisoners were forced to wear their pants below the waist in order to communicate to other prisoners that they were taken (“taken” as in concurred/controlled by another inmate). Though such narratives are popular, like the Big Bang theory, their accuracy has yet to be completely confirmed.

Stepping away from the prison narrative, some argue that the trend of sagging pants that rose in the 1990’s was simply a result of young people in urban communities trying to maneuver poverty: children and teenagers tend to have many growth-spurts, and in the midst of economic struggles, continuously buying clothes for growing children can quickly become costly. A solution implemented by many parents and young shoppers was to buy clothes that were too big, so that the intended wearer would have an opportunity to grow into them over time (a practice that is still very common). due to many families struggle in urban communities, purchasing belts were sometimes viewed as a luxury, rather than a necessity. Some people believe that the two factors (oversized clothing and not being able to afford belts) led to the trend of urban youth unapologetically wearing baggy pants that hung below their waistline.

Though as human beings we tend to search for simple explanations, the reality is that few things are black and white, and it’s possible that all the arguments/narratives above may hold some level truth. But to shake up the conversation a bit, if the saying “there’s nothing new under the sun” holds any validity, then potentially the most accurate answer regarding the roots and psychology behind the birth of sagging pants in the 90’s can be discovered through exploring eras prior to the decade. 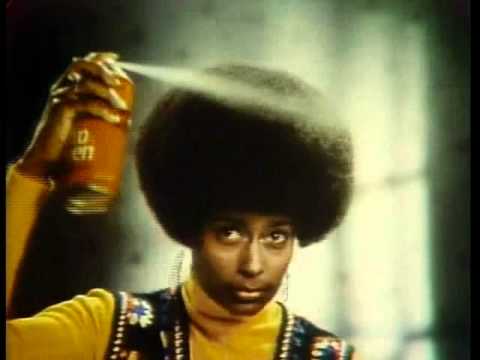 For example, dashikis and afros were seen as signs of defiance and militancy in the 1970s, as many Black Americans backlashed against American norms. Perhaps sagging pants came to popularity in the 1990’s, out of urban youth’s desire to defy social norms and expectations. Perhaps people began empowering themselves with sagging pants by blatantly rejecting the control of mainstream American society… A society that they felt would never fully grant them acceptance; so they stopped striving for the acceptance and worked to make it clear that there was no longer a care for mainstream approval… Perhaps.

What do you believe led to the popular trend of sagging pants that emerged in the 90’s?

The type of cloth we know as “Kente” originated in Ghana and Cote d’Ivoire, West Africa. Kente was/is mainly created by the Asante and the Ewe peoples, descending from the ancient empires of Ghana, Mali and Songhai from before the 15th century. These empires were located in the general area from the West African coast to as far north as Mali, and as far west as Chad. According to historian Herbert M. Cole, author of Icons: Ideals and Power in African Art (Smithsonian Institution publication), the term Kente may be a corruption of the Fanti word for “basket” – alluding to the hand-weaving process. Cole goes on to explain that only males create the long strips, on an intricate loom. Each design has a distinct name, with proverbs associated with particular patterns – wearing particular colors and shapes sends specific messages you want viewers to understand. Among the Asante and Ewe, kente was often associated with and reserved for chieftains and royal figures – fabric trades with Europeans provided materials for locals to rework into traditional designs. Unlike the 1980s and 90s, kente wasn’t originally sewn into garments for everyday wear (Cole 1990). This historical perspective gives greater context to the recent boom in kente cloth wear, and the newer ideas associated with these designs.

I can’t think of the 1990s without thinking of Kente. I remember being 6-7 years old and going to an independent school called Lotus Academy in Philadelphia. In our yearly closing graduation, students would wear kente sashes, kufis, bow ties and skirts for girls. We would march in the auditorium to Freedom Songs, chants of encouragements originally sung during the Civil Rights Movement. For us, and our parents, the colorful print cloth represented our link to the Motherland, to Africa: ideas of glory, achievement, kings and queens, and societal stability before enslavement/colonization. Wearing kente symbolized that we were continuations of these ideas, the charge that we could reinvent and achieve greatness as our ancestors did. This expression really took hold in popular culture, particularly with the continued rise of several elements:

…the highlighting and celebration of black college campus culture, with kente prints as iconic motifs for newly-launched Black Studies program materials, “Class of 199_” sashes for African American Studies majors, and the like. With this imagery in academia, Black students tied this tradition to the charge to represent one’s family, community and ancestry – to learn about their past to create new solutions for the modern era.

…African motifs in television and mass media: Michael Jackson dons kente and stands with chiefs in Cote D’Ivoire in 1992. In 1998, President Bill and Hillary Clinton display their kente print during their Ghana visit. Black sitcoms, performances and Kwanzaa specials frequently featured characters who were up on the latest trends, wearing dashikis, kufis, lappas (waistwraps) and headwraps.

…Craft activity books for Black children: With Black history at the fore of many grassroots published workbooks, handouts, coloring books and illustrated stories for children, Kente symbolizes variety and diversity within the Black family and community. This larger theme is evident in a recent Ladybug magazine entry: an arts and crafts project of picture frame decoration. Colors and shapes in Kente are used to prompt young readers to think about the unity in difference amongst their own family members (Kapp 2007). Kente Colors, written by Debbi Chocolate and illustrated by John Ward, introduces small children to their basic colors – matched with poetry and elaborate illustrations of West African life scenes and kente-weaving (Chocolate 1997).

…African inspirations in high fashion and streetwear magazines – where it was often called “ethnic print” or “mustard” cloth. Adidas came out with a brand of kente cloth sneakers – to match the widespread popularity of “conscious” Black History t-shirts and sweaters. For high fashion tastes, prints were incorporated into elaborate dress patterns, tuxedoes, blazers and hats. In a 1990 edition of Black Collegian, Julia Wilson presents a spread featuring hot, new gear on the market. In her section “ Looking Good: Back-To-School with Ethnic Pride”, she notes the following:

“Historians have documented African culture in fashion from the Ashanti to the Zulu peoples. This gives all of us descendants a renewed sense of self in historical terms and inspirational knowledge of where creation began in the first place. From the mustard colored kente cloth being copied today by leading designers to braided and dreadlocked hairstyles, African people have – since the beginning of time – been at the center and forefront of fashion styles – passing along their zest for life through their creations.” (Wilson 1990)

Building on this quote, further interesting positions on this topic are presented by Cole, who posits that:

“..African Americans are now designing cloths, creating outfits, and marketing fashions that owe much to Africa, yet are not, in fact, African. The sensibilities in the Kente adaptations are modern and American-African-American. Surely it is appropriate for Americans whose ancestors lived in Africa, some in Ghana and Togo, to modify and celebrate a powerful African artistic tradition.” (Cole 1990)

Reflections on the popularity of kente raise a need for further analysis. A few questions surface with regards to this phenomenon in the 1990s. What can we learn about instances of cultural and symbolic appropriation with regards to African Americans adoption and revitalization of kente’s use? Is appropriation a valid term to even apply, given a broader question of identity – what is African culture? Who can access it? Can there even be a sole authentic African culture, or correct, authentic cultural elements? I couldn’t possibly answer these questions with this entry. However, I hope this discussion continues with folks to add their insight from both history and personal experience. —Kweku Vassall